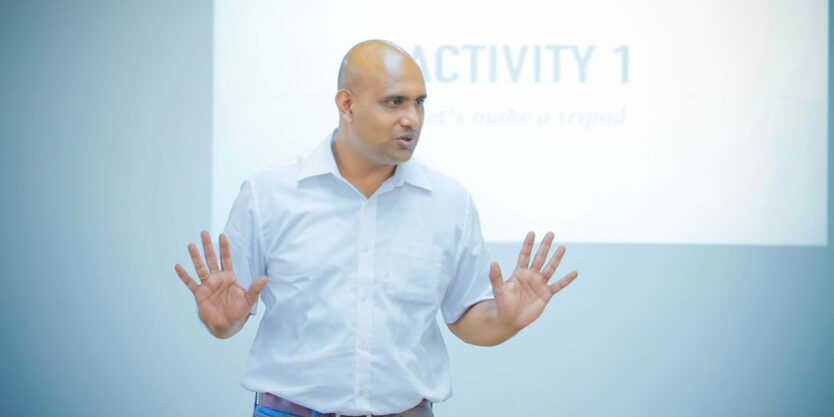 “Work Hard, Play Hard” is the philosophy he lives by. It is something else that he says often that I admire most, “You do, what must be done.” We live in an age which pushes you to pursue what you love, what we fail to acknowledge is the hard work that goes into achieving it. His belief; “work hard and save up. You must be financially independent first. Then you can truly enjoy doing what you love.”

Vidusha started schooling at Deraniyagala Central and found himself at St. John’s College to properly begin his primary education and won a scholarship to S. Thomas’ College Mount Lavinia where he thrived in both studies and extra-curricular activities. He took part in everything from oratory, debating, sports and various clubs. He was even the founding member of some like the IT society. School truly was a big part of shaping his character.

“We were encouraged to speak our truth and disregard pleasantries. Despite having students from different social backgrounds it really did create an inclusive society where everyone was treated equally. In comparison to my schoolmates’, my parents were not well off, so I was determined and driven to do well in life. I always had an inbuilt positivity and to date I despise negativity and mediocrity. If you think something is not good enough it is as simple as making sure you make it better.”

“The training I received in school especially by being a part of the debate and basketball teams shaped me for the better. The rigorous training we underwent thought us to be prepared for any and every obstacle that could come our way. We were taught not to leave room for failure. And this laid the foundation for when I became a manager.”

Soon after he left College he went to the UK to do his bachelors in Business Management. He openly admits that it is during this time that he truly matured. He worked hard during the terms and travelled widely during the holidays. He later did his masters in Leading Innovation and Change. 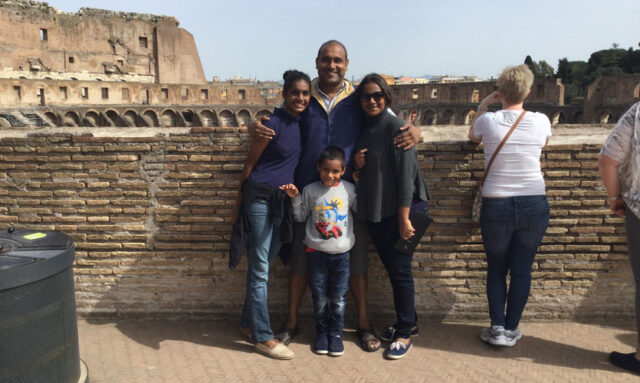 Once he returned he began his career at Courtaulds Clothing Lanka, which was later taken over by MAS. By the age of 24 he was made the Human Resource Development Manager and by 26 the Head of HR. The youngest ever to head up HR up to date in MAS history. The reason behind his success; he didn’t wait for it to happen he sought after it.

And by the age of 28 he quit as he achieved what he wanted to. He then started his own company ‘High Five Consultancy and Training Private Limited’ in 2005 and his first assignment was with Phoenix. The company focuses on three main areas; Consultation, Training and Research. Over the years he has worked with many reputed organisations like the World Bank, UN, FAO, HSBC, Mobitel, John Keels Holdings, Dimo and many more! They are the only local company that runs the Executive Development Programme which is termed ‘No nonsense Leadership’ across the MAS group. The only company in Sri Lanka to run the biggest Employee Opinion Survey for Hydramanie. The only Asian company ever to work with the Al Rajhi Takaful bank to develop their Leadership Competency Framework. And more importantly the only company that promises and calculates Return on Investment (ROI) training. 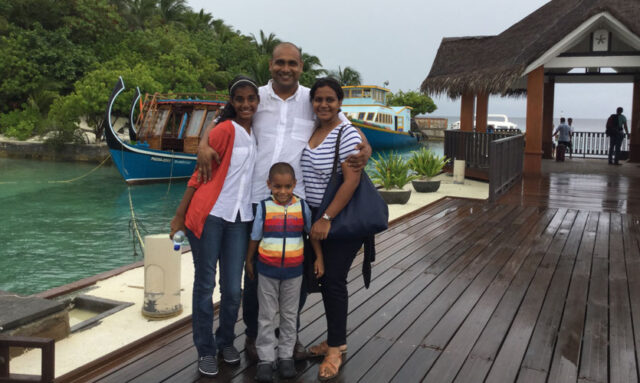 What is the next step?

“In the next five years I want to branch out to other industries. Anything literally. If anyone has a business idea we are willing to back it up!”

If you have a dream, he will lay out a plan and guide you to achieve it. All he will ask in return is for your commitment to it. What do you do for fun?

“I am an Adrenaline Junkie. I love the outdoors and enjoy kayaking and hiking. I love to travel and I am a history buff. Love an adventure, in fact a couple of months ago I took my kids and drove around our coastline in just 4 days!” 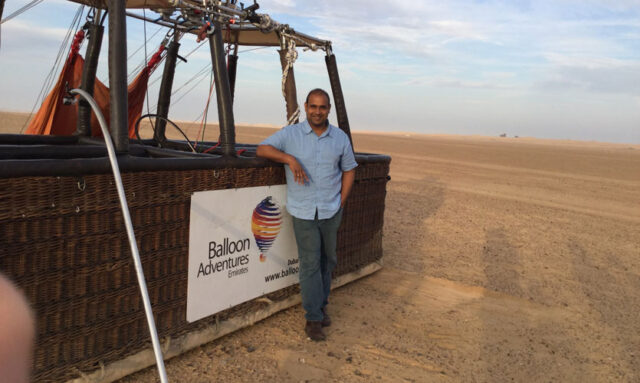 “I have no problem giving things up once I achieve it. In fact my plan is to walk away from all of it when I turn 60, once I have fulfilled my duties as a son first and then a father. (My wife is stuck with me!) You will probably find me in a faraway place closer to nature away from all this enjoying a simple lifestyle.”

“One thing that disappoints me is how people lose sight of their dreams along the way. The passion dies off and everyday life takes over. As a result of a seminar I attended while I was in school, I wrote down a list of all the things I wanted to do before I died. A bucket list if you may. Of course I was 16 years of age and I had to remove some of it as I grew up!”

“But to date I work towards crossing things off the list and over the years I kept adding more as well. That way you never lose sight of your goals.”

He keeps a journal with his daily activities, and every year he takes time off alone to reflect on how he has worked towards achieving them. A practice I believe all of us must take on.