Training with an ROI: The Luminary Learning Technique 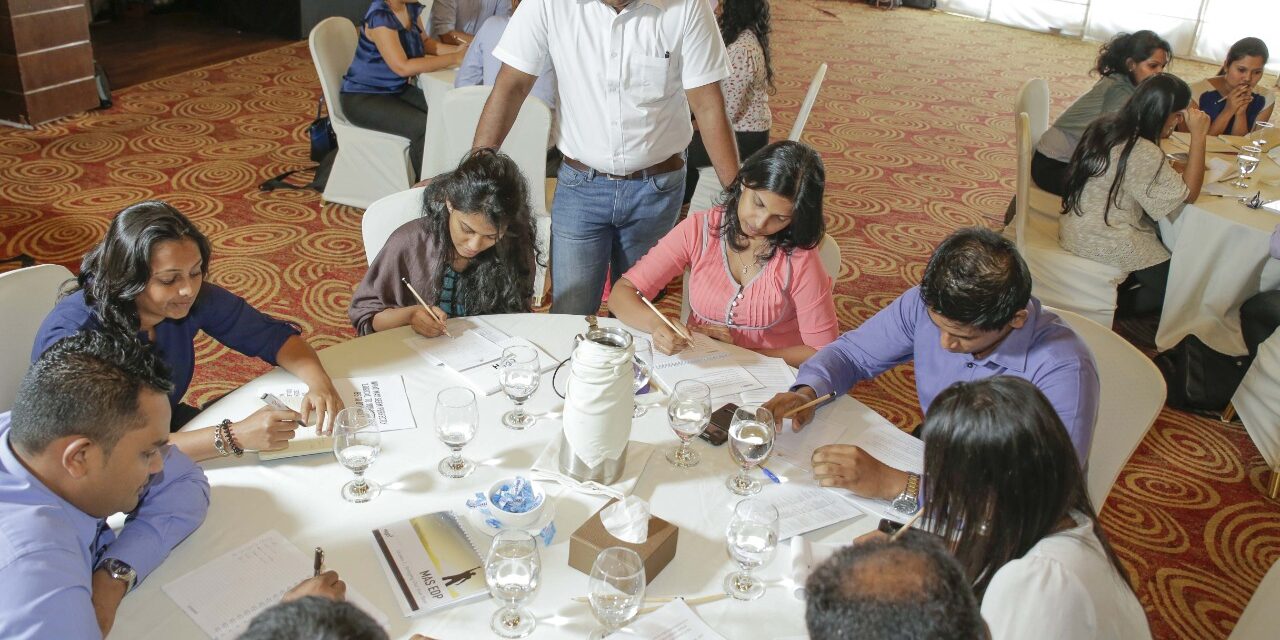 In order to win in today’s highly competitive business environment, companies need to arm themselves and their employees with tools and skills that help them stand out. To accomplish this, many companies turn to professional training companies and coaches.

However, corporate training programmes are often stigmatised as having little to no impact on a company’s bottom line. Luminary Learning, a local soft skills training solutions provider, has found a way to guarantee corporations a return on investment (ROI) on the training they conduct.

Luminary is a part of High Five Consultancy and Training, a company that started in 2005 and has arms that dealt with consulting, research, and training, predominantly focused on leadership. High Five decided on spinning off their training arm into Luminary two-and-a-half to three years ago, in order to cater to their clients’ interests in other training programmes such as customer service, sales, marketing and branding, and all sorts of other soft skills training.

Since its launch, Luminary has spread its training programmes to around 15 countries in the South Asian region. Comprising 25 trainers, the company is also credited with pioneering blended training, ROI training, and even online training in Sri Lanka, as far back as 2008.

According to Luminary Learning Solutions Founder and Destiny Architect Vidusha Nathavitharana, the company addresses the effectiveness of the training, which is where they set themselves apart from other corporate training companies, and is considered the only company to actually measure the ROI after training has been conducted.

Speaking to The Sunday Morning Business, he stated that Luminary offers end-to-end training solutions; they generally start out by understanding what a company’s training requirements are and what kind of training is suitable for them. In order to do this, they conduct a “training needs” analysis prior to the actual training, through which they identify what kind of programmes are suitable for the organisation, and then design that programme and deliver it.

“The generic training programmes consist of you walking into a hotel, where some guy will talk; you will then get lunch and maybe fall asleep in the afternoon and come back home, with there being no real impact. So the question we wanted to answer is: How can this training impact the employee and the organisation in a positive way?” said Nathavitharana.

He stated that in order to do this, Luminary runs an effectiveness measure which proves mathematically and financially the impact the training has on the employees and company. He explained that this way the training bares no cost, as the positive impact it has makes it an investment.

When it comes to the workshop itself, he explained that unlike most programmes, they do not teach theory, and instead teach the application of theory. Taking writing as an example, Nathavitharana pointed out that while he could teach a writer the difference between factual writing and science fiction, unless a writer practically engages in both styles of writing, they would not fully grasp the differences.

“During a programme, we can run a few slides on the differences, but unless you physically do it you will not properly grasp it and learn from your mistakes. What we do is with every single technique, tool, concept, or theory we teach, we actually have a practical exercise to teach you how to do it. Guiding people to these processes is our role as trainers; because of this we go by the term ‘learning facilitators’.”

“If you look at the net value of that project and link it back to how this person learnt, and how this person applies that learning inside the organisation, you can see how we guarantee ROI.”

According to Nathavitharana, all their clients in Sri Lanka have been with them for a long time, and continue to be with them even now. He stated that they currently work with some of the biggest organisations in the country, such as MAS, HSBC, Deutsche bank, Hemas, Hayleys, Mobitel, John Keells, and many more.

However, he stated that they are also very selective with their clients and do not work with just anyone. He explained that while they are a private sector organisation and therefore worried about their bottom line, it is more important for them to make sure they work with organisations that understand the concept, and thereby deliver results.

“We have probably the world’s longest-running learning development programme with MAS. We have conducted the programme annually for the last 15 years, and evolved it to fit the current business environment. As of now, we have completed training for over 50 batches in MAS, which accounts for over 2,000 participants.”

Nathavitharana stated that they even continued their training programmes through the current Covid-19 pandemic and the previous lockdown period. He stated that this was because they believed that people needed development, irrespective of whether an organisation is going through a hard time or not.

“When Covid hit, the first thing most organisations did was cut their training budgets, and all development came to a halt. We had experienced this before in the late 2000s as well, when the financial crisis hit and most companies froze their development and training budgets.”

However, he stated that having pioneered online training in Sri Lanka, in 2008 as a self-learning platform, Luminary managed to use their experience and move training online. Therefore, throughout Covid, the company managed to run programmes, such as leadership development programmes, for companies like Hirdaramani. 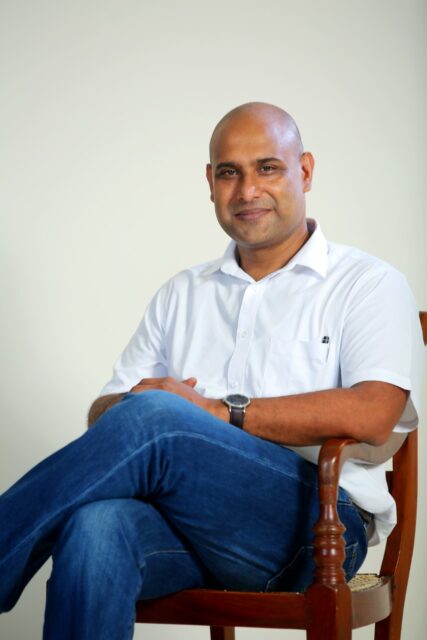 “We conduct around two programmes for Hirdaramani every year, for around 70-80 people; believe it or not, we did the same thing this year, online, and it was not free, they paid for the programme. But of course we could not do all the modules as we did before; we did a version of it for batches of 50 people each, and trained around 200 people.”

He explained that they were also the first to run Covid-related online programmes, “Reset and Go”, in Sri Lanka. The programme was broken down into 12 modules, which were run over a 12-day period, bringing together industry experts from around the world, for over 12,000 people.

“Each day was broken into segments. For instance, we had segments to deal with the impact of Covid on normal work arrangements, what was to be done about the HR (human resource) and the financial aspects of it, employee engagement, and so on. Each of these segments was about an hour long.”

Nathavitharana stated that Luminary probably also ran the world’s longest webinar – a session for 17 hours with 18 guest speakers from around the world. He stated that they did this for free, as a way of giving back to the business community.

Speaking on why training and development during the time of Covid is important, he explained that they understand that Covid impacts each organisation in different ways, and therefore most organisations are facing an unpleasant situation and focusing on surviving. However, he stated that he feels that times like these are the best time to train their teams, due to the reduced workloads and people spending most of their time at home.

He stated that right now, organisations have a captive audience who do not have their regular workload, and so can be trained. Taking the hospitality industry as an example, Nathavitharana stated that when they conduct training for hotels, they do it during the off-peak seasons, when the employees are not too busy and can focus on development.

“Provided organisations can afford training, this is the best time to develop their teams, because in every crisis there are winners and losers. The losers are people who do not prepare during the crisis, because crisis time is the best time to upskill. When the resurgence comes in the market, imagine your team not being able to rise up to the challenge.”

Nathavitharana stated that despite the current environment, several local companies such as Mobitel, Gamma Pizzakraft Lanka, and Lordstar are continuing to go through training with Luminary, having seen the impact their training has had on the respective organisations.